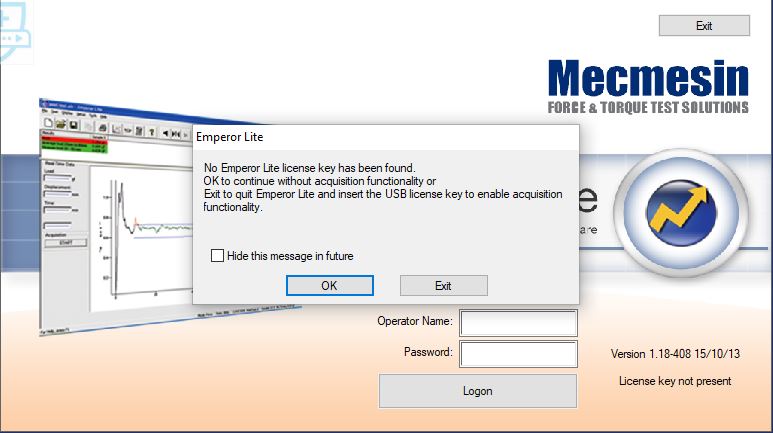 If you have Installed Emperor Lite and on Launching the software you recieve the No License Key found error:

Check the Emperor Lite USB license key is plugged in to the host PC and the green Light is illuminated on the key.

If the green light is not illuminated run the driver installer (Sentinel System Driver Installer.exe)  from the Emperor Lite Data folder which is located on your PC in the below location by default:

The Light should now illuminate and Emperor should launch.